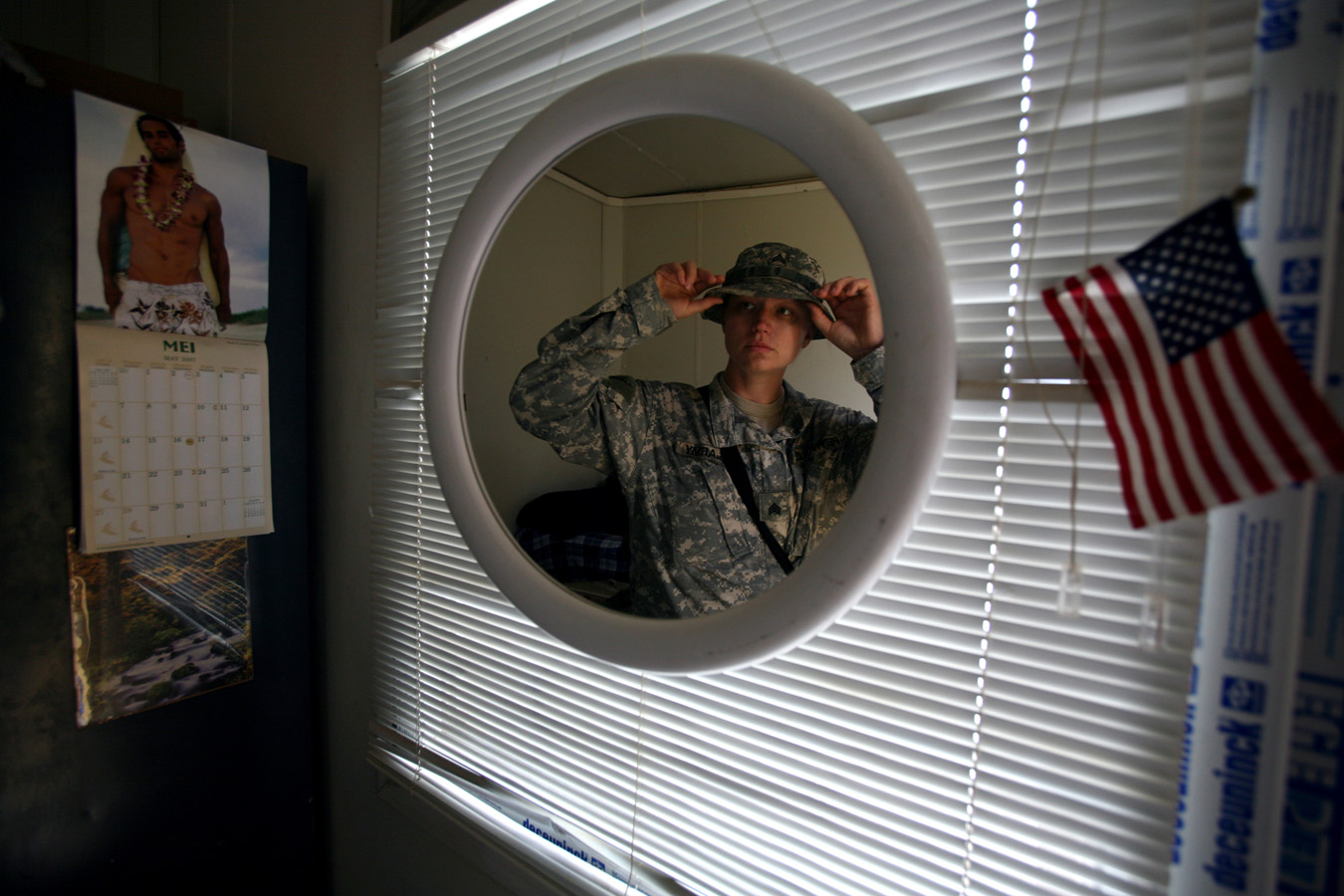 Sgt. FSC 2505 Airborne Alicia Reynolds in her living quarters at US Camp Sommeral in Iraq. She is one of the eight females that lives on the base of up to 600 males. At the moment she is in charge of all the logistics concerning food .She says that she had to learn quickly how to put men in their place and even nearly put one in the freezer once. She says that they have to know their limists and she needs to be very clear about setting those limits. She says that she would like to become a pilot and wants to help get the bad guys . „A female is limited as mush as she lets herself be“ ,says Reynolds.